Recently, Dan and Lauren from the React team made a talk introducing a experimental feature from React called zero-bundle-size Server Components.

It’s a new (old) way to render React components but from a server-driven perspective.It’s not exactly SSR of components, and this can pontentially result in much smaller bundle-sizes.

Although it’s not quite ready for production yet, it’s worth to take a look at how it works and how it might be a good fit for certain use cases.

Today’s Server-side rendering of client-side JavaScript can be suboptimal. JavaScript for your components is rendered on the server into an HTML string. This HTML is delivered to the browser, which can appear to result in a fast First Contentful Paint or Largest Contentful Paint.

However, JavaScript still needs to be fetched for interactivity which is often achieved via a hydration step.

Server-side rendering is generally used for the initial page load, so post-hydration you’re unlikely to see it used again.

Now with Server Components, components can be refetched as they’re required. This limits the amount of code that needs to be send to the client.

React’s new Server Components compliment Server-side rendering, enabling rendering into an intermediate abstraction format without needing to add to the JavaScript bundle. This both allows merging the server-tree with the client-side tree without a loss of state and enables scaling up to more components.

Server Components are not a replacement for SSR. When paired together, they support quickly rendering in an intermediate format, then having Server-side rendering infrastructure rendering this into HTML enabling early paints to still be fast. We SSR the Client components which the Server components emit, similar to how SSR is used with other data-fetching mechanisms.

This time however, the JavaScript bundle will be significantly smaller. Early explorations have shown that bundle size wins could be significant (-18-29%), but the React team will have a clearer idea of wins in the wild once further infrastructure work is complete.

It’s been considered a best-practice to only serve code users need as they need it by using code-splitting. This allows you to break your app down into smaller bundles requiring less code to be sent to the client. Prior to Server Components, one would manually use React.lazy() to define “split-points” or rely on a heuristic set by a meta-framework, such as routes/pages to create new chunks.

Some of the challenges with code-splitting are:

Server Components introduce automatic code-splitting treating all normal imports in Client components as possible code-split points. They also allow developers to select which component to use much earlier (on the server), allowing the client to fetch it earlier in the rendering process.

Short answer is no. They are quite different. Initial adoption of Server Components will actually be experimented with via meta-frameworks such as Next.js as research and experimentation continue.

To summarize a good explanation of the differences between Next.js SSR and Server Components from Dan Abramov:

What you should take away from Server Components:

In a typical app, tons of components only rerender when there’s new data. This will let you run those components on the server instead.

To learn more about this work, watch the talk from Dan and Lauren, read the RFC and do check out the Server Components demo to play around with this work. With thanks to Sebastian Markbåge, Lauren Tan, Joseph Savona and Dan Abramov for their work on Server Components. 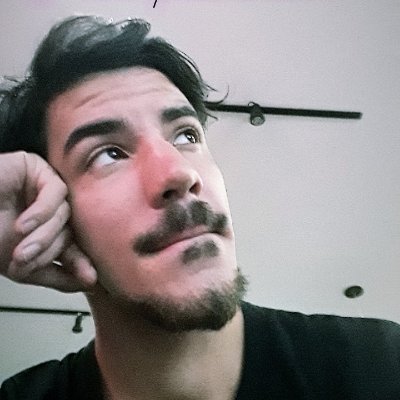 Matheus Seabra is a software engineer, writer, musician, and ex-failed-startup co-founder of CastleDev. He writes about software design and architecture best practices with FullStack JavaScript and is especially passionate about Domain-Driven Design, React and Enterprise Node.js with TypeScript.